Our friends and Ministry collaborators Mike and Cindy are coming to Africa for four to five months.  Mike's first assignment is going to be teaching at the Jinja Baptist Seminary for a few months.  On June 10 I visited the Seminary and spoke to Principal Anthony S and another volunteer Professor, Jim C.  It was a very picturesque, secure, and well-kept property.  There are three on property apartments for visiting professors. There are two duplexes for accommodation for four local professor’s families. They can accommodate about 100-120 students in rooms with double bunk beds with eight people in a room.  Enjoy the pictures below.

Friday June 15 was declared an impromptu public holiday because it was new moon and the Muslims need to have a day of fasting and prayer.  Fortunately, Moses had prearranged with one of the schools that was taught Smart Choices in 2017 to have sample contingent show up at school for us to do a follow-up evaluation.

God is opening new expansion of His evangelical replication of the smart choices to Mbale. Since yesterday and today we explored a lot of ventures to penetrate Mbale and we hope that we are gonna roll this Ministry to Mbale thru Faith Radio as a channel of our operation.

We were so humbled to have this visit to Bishop Patrick Okabe who has done an incredible job and his compassionate work has touched lives in Uganda.

Central Busoga Diocese Of the Anglican Church of Uganda

We had a meeting with the Lord Bishop of Central Busoga Diocese (CBD) the Rt. Rev. Patrick Wakula and his Missions / Youth Management team.  There were about ten people in the team. Everyone introduced themselves and described the role on the management team.  The Bishop only arrived at the tail end of the meeting because of other commitments. The Secretary to the Bishop seems to be the chairman of the management team and spoke very glowingly about the Smart Choices program and about pastor Moses Lyagoba, our Smart Choices team leader.  The CBD oversees 276 Christian schools within geographic confines of the diocese.  These are the schools that Moses has been targeting for the past three or four years. 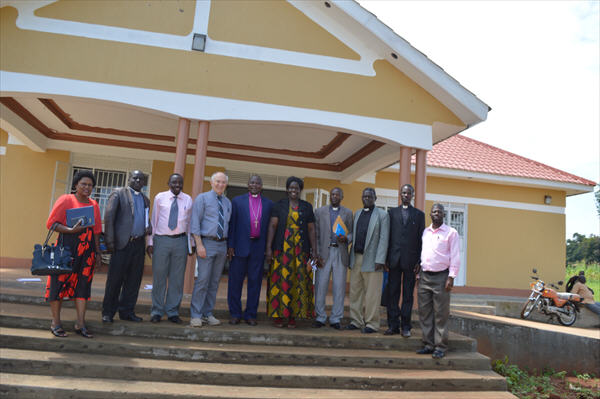 Photo-op on the stairs of the new Diocese Administration Building. 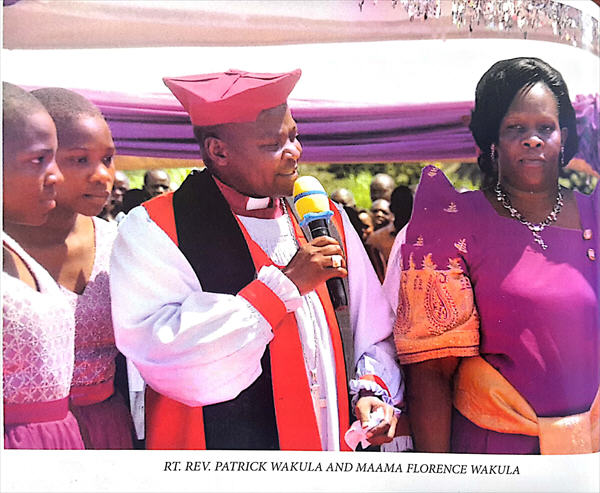 On Monday we had a 9:00am start for a three-hour Smart Choices session at the Buckley High School, which is not a High School at all.  The kids were aged 10-13.  There was a contingent of about 8 hearing impaired kids that were ably assisted by one of the teachers who signed for them.  I haven’t seen an official count of how many students were there, but I guess it was about 250.  During our presentation we had a torrential downpour accompanied by fierce lightning and thunder which took out the electricity.  I love African thunder storms. This school had mostly girls but there were also a handful of boys.

In the afternoon we went to an all-girls school St Francis. This was a school founded by the Catholic church.  There are about 240 students in the school and all of them attended the class.  We had three hours to teach at each of these schools, so we finished about half of the program.

We went back to St Francis in the morning and Buckley in the afternoon and completed both programs.  Also had another torrential downpour late morning, this time without the thunder and lightning.

On Sunday morning I woke the familiar mournful cry of the hadada birds as they set out on their trip to their feeding grounds for the day.  On Sunday we attend part of the Luganda language church service at the Anglican Church Busoga village, then stayed for the lighter attended English service which was more of a youth service.  Busoga is the newest Archdiocese that just appointed a Bishop about eighteen months ago.  After the services, I treated Moses and Doreen to lunch at the Mum Resort where I am staying.  I then spent the afternoon getting caught up on some much-needed sleep.  I have never seen such a concentration of Schools and Churches as are in the area of the Archdiocese of Busoga.  A lot of the schools where started by the churches, Mostly Catholic and Anglican (also called the Church of Uganda.)

The flight on Emirates Air took us northeast over Quebec, Greenland, over Norway, down the west side of the Caspian Sea, over Iran, across the Persian Gulf into Dubai.   The temperature in Dubai at 6:00pm was a hot dry 98deg. I slept over one night in Dubai (UAE).  I arrived in Entebbe on the shores of Lake Victoria on Saturday June 2 at about 2:00pm.  Again, the temperature was about 98deg but this time with high humidity.  Uganda has been having heavy rains and flooding for the last month or so and it hasn’t let up let.  I arranged with a drive to meet me at the Entebbe airport and drive me to Iganga in the Eastern region on Uganda were our team had already been engaged for three days teaching the Smart Choices program.  This was about a two and a half hour 155km journey.