On Monday we had a 9:00am start for a three-hour Smart Choices session at the Buckley High School, which is not a High School at all.  The kids were aged 10-13.  There was a contingent of about 8 hearing impaired kids that were ably assisted by one of the teachers who signed for them.  I haven’t seen an official count of how many students were there, but I guess it was about 250.  During our presentation we had a torrential downpour accompanied by fierce lightning and thunder which took out the electricity.  I love African thunder storms. This school had mostly girls but there were also a handful of boys.

In the afternoon we went to an all-girls school St Francis. This was a school founded by the Catholic church.  There are about 240 students in the school and all of them attended the class.  We had three hours to teach at each of these schools, so we finished about half of the program.

We went back to St Francis in the morning and Buckley in the afternoon and completed both programs.  Also had another torrential downpour late morning, this time without the thunder and lightning. 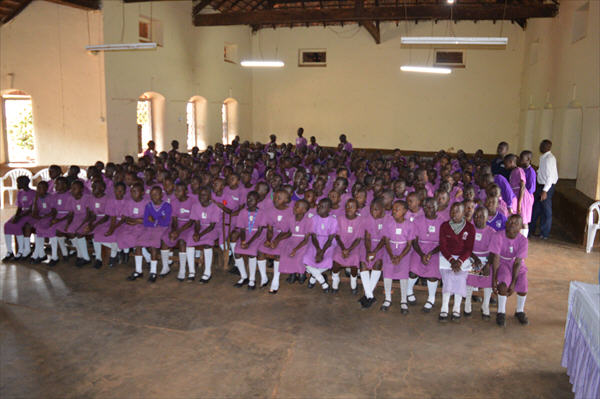 Buckley High School that is really a Primary School 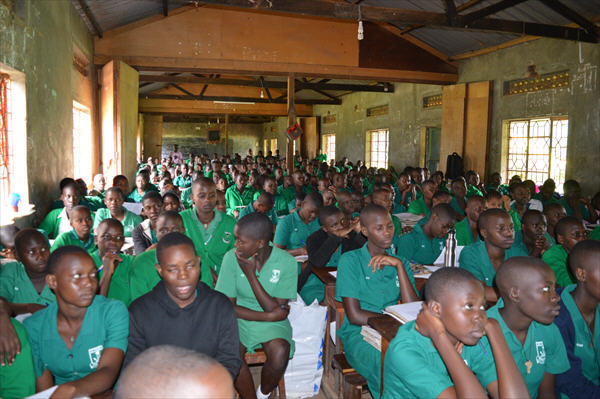 For the first two days I was not participating in the training effort, I was simply observing.  While I was watching I devised an Evaluation Sheet with a maximum score of 120 points.  I did this, so the team members could evaluate their own effort rather than me grading them and perhaps giving them a failing grade.  I did offer constructive feedback in two areas of the training.  The first was poor time management. They were not sticking to the time allocation for each section of the training, which resulted in the second problem.  Not following the curriculum faithfully which meant that some sections were just being left out.