On Wednesday morning this week the first email that caught my eye as I scanned through my inbox had the subject line of “tragic news.” I would rather have not received this one. The two short sentences were:

“I regret to have to bear this tragic news, but it appears that Pastor Kenny has been killed in a shooting incident at his home last night. The details are a little vague at the moment, but according to his wife it seemed to be an armed robbery.” 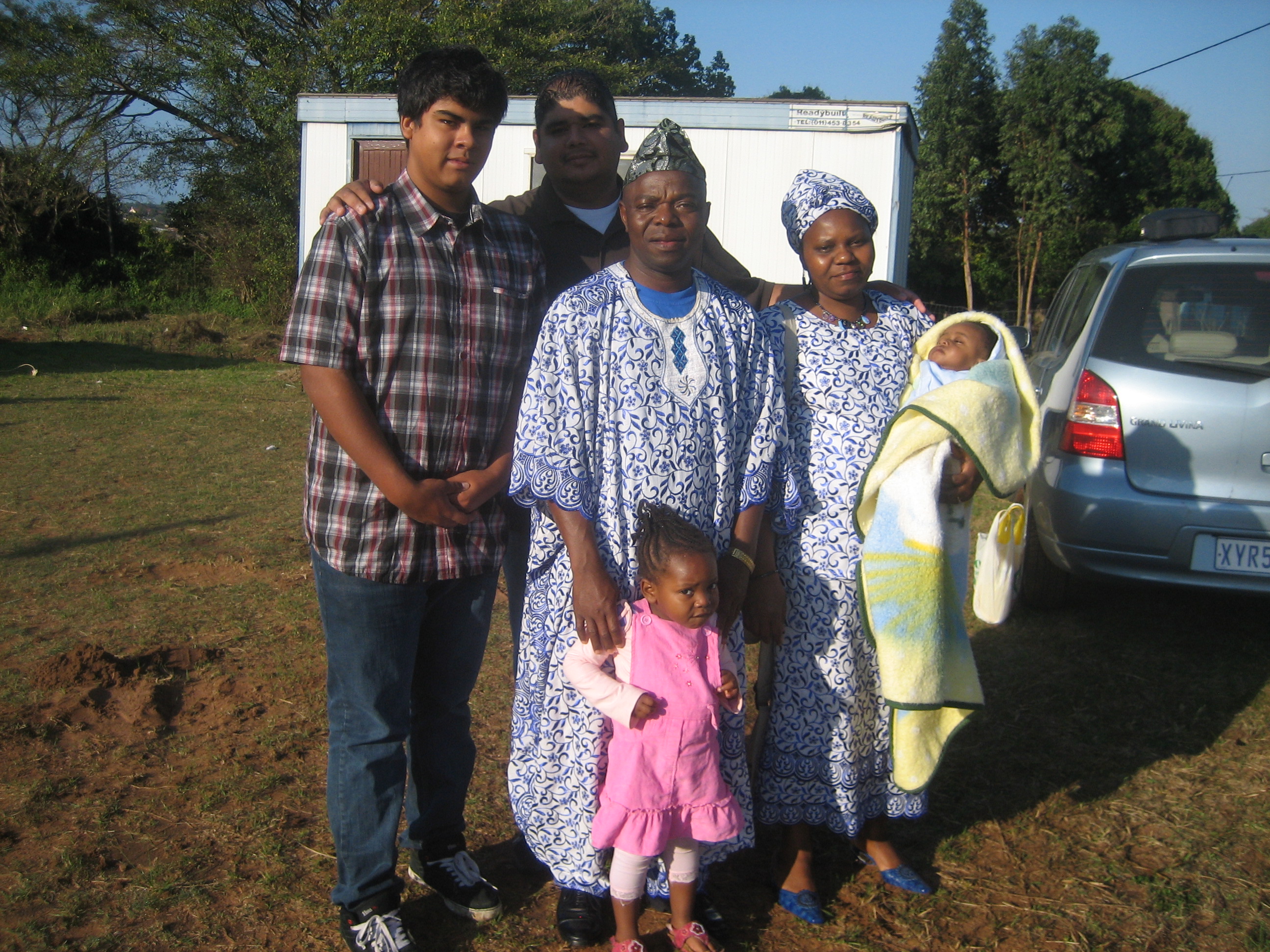 I looked back through my photos and this is the best one I could find of the whole family.  It was taken in 2009 so the kids are about 6 years older now.  Isaac is about 6 and Debbie 9. (Photo also includes short term missionaries from CA)

Kenny is one of our Smart Choices team leaders in Richards Bay and started working with us in 2007. He was still working with us this year. Kenny and Comfort are from Nigeria.  Kenny went to South Africa in early 2000’s to go to seminary.  In about 2005 or ‘6 he brought Comfort out to SA also.  I think Debbie was born in 2006-2007 and Isaac in 2009.

Kenny was sometimes difficult to get on with and I have spent more time counseling with him than any of our other team leaders.  Every time after we came to a point of reconciliation after a difference of opinion with me, the KZN board, or one of the other team leaders, he would always reassure me saying:

“I really appreciate all that Beacon of Hope does for us, and I will never stop teaching Smart Choices.”

In Kenny’s last email to me on April 22 he wrote,

“I am not going to quit this project, no matter what, I am going to put my best.”

Well he was true to his word he never did stop.  He was faithful to the bitter end.  Kenny has trained about 6000 students so he will be waiting at the pearly gates to greet each one of those kids when their time on this earth is spent.  The kids from the schools where he has spent his time in the last few years in Kula, Hlamvana, Uyengo, Dlamvuso, Bababulile, Illembe, and Thahila Christian will miss him.

Kenny’s family are going to need resources for funeral expenses and I know that Kenny was still in the process of trying to get permanent South African residence, which was costing him a lot of money.  I am not sure how far along that process has progressed.

Please pray for Kenny's wife Comfort and their kids. If you would like to give financially to help with various costs in this time of loss, you may GIVE ONLINE or send a check with "Pastor Kenny Fund" in the memo to: 24851 Costeau St | Laguna Hills, CA 92653.

I pray that God will richly bless him for being a faithful servant under a lot of adversity and that God will comfort his family in their time of loss.